After dumping another six inches of snow on us two weeks back, the big meltdown has finally begun. Sadly, my trusty steed stayed in the stable for most of last weekend as my driveway was a muddy bog for most of the weekend, but I still took Lola around the block (twice) and topped off the tank for the coming week. I’m typically on the fence about riding the bike on salty, but dry roads, not so much for the safety concern as the corrosion threat. Fortunately, after a good long rain on Monday, I finally got the bike out to see some of the local sights.

I would argue to say that this is probably the most dangerous time to be out riding. Drivers haven’t seen motorcycles in months, and are therefore not mentally searching for my small profile. The ice and snow has finally melted, but has left behind the pot holes, rocks, sand, and sometimes salt all over the road, especially in the intersections. Lastly, most riders have presumably “parked” their bikes for the past few months and are therefore re-entering the roadway with stagnant riding skills. Beyond a car turning left in front of me, my biggest concern getting out on the road at this point is typically having the restraint to realize the conditions and resist the urge to pin it around the next bend. As much as I was absolutely dying for a long ride down my favorite local routes, I kept things slow and simple this week.

As mentioned previously, I have thing for urban decay; these first rides seemed like as good a time as any to tool around town and snap some photos. One of my favorite local curves also has a relatively dated train bridge, so I pulled off to the side of the road to shoot a few photos. There was actually a shocking amount of traffic for this time of day, which made snapping a few shots a lot tougher than I expected. While the bike was parked firmly on dry asphalt off the road, I was dodging cars and attempting to not get stuck in the mud from all the recent rainfall.

Out and about through some of Miamisburg’s riverside back roads I decided to stop by the Miamisburg Mound for a snapshot. For those of you unaware, a prehistoric Indian burial mound is located not far from the Great Miami River in Miamisburg. Apparently the Miamisburg mound is actually one of the two largest conical burial mounds in north America. I had big plans to hop off the bike and grab a few panoramic shots of the south metro area from atop the 65 foot mound (already high on the valley ridge), but I wasn’t about to fight the mud; perhaps another day.

Soaking up what was left of the evening sun I grabbed a few more photos of more local bridges gathering rust, then stopped in front of a few local restaurant and pubs that I have plans to visit in the coming weeks.

When the weather finally breaks, where’s the first place you go? 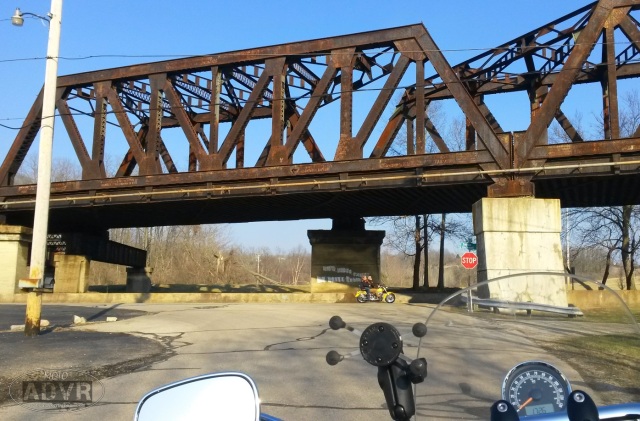 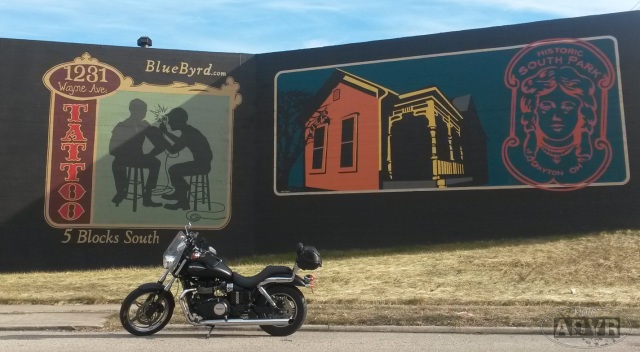 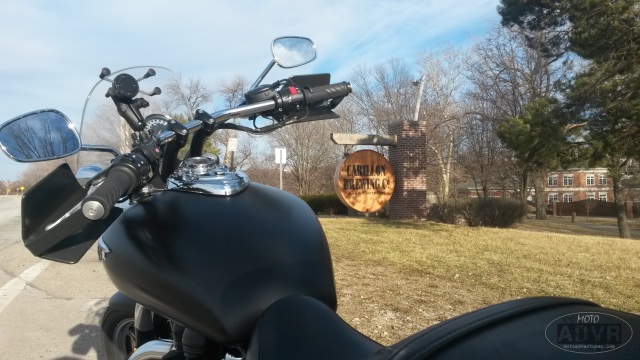 4 Responses to Surviving the Winter: Spring arrives at last!