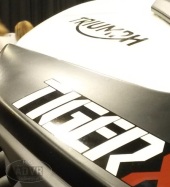 I’ve covered several times that I’m in the market to trade up for an Adventure bike. I’ve done a few test rides, and am looking forward to a few more this summer to help narrow the decision. Ultimately I want a more utilitarian machine, something with more suspension, luggage, and less stuff to polish. At the same time, I know I’m attempting the impossible, finding one motorcycle to “do-it-all”; knowing full well, a bike that does good at everything, is seldom great at anything.

I digress, the conundrum is this: Where are local dual sport trails? Is it worth the investment to pay more for the off-road capabilities if I only ride off-road 10% of the time… or less? Would having the ability now pay off later since I wouldn’t need to upgrade again or buy more accessories later? 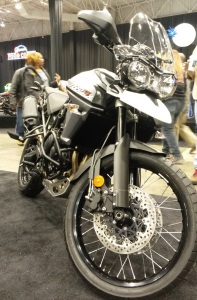 As it stands right now, the easiest and closest dual sport destination is Shawnee Forest near Portsmouth Ohio. That’s right around a two hour ride from Dayton; which isn’t particularly long, but I am concerned that amount of time may limit the frequency that my hot new dual sport tires will find the dirt. Truth be told, there is the Dayton Motorcycle Club, which has an off-road course just southwest of downtown. From their website, they’re very open, but it’s still a member’s only club and they appear to have some sort of “prospecting” period from what I can tell. I would also say it’s primarily a motocross club, something most Dual Sports are not. I expect there are some decent riding locations in southeastern Indian as well, but still about two hours away. I know I want the ability to ride anywhere, just trying to figure out if it’s work purchasing the extra gear if I only use it a couple times a year.

Tires is also a serious consideration. Mind you, I have no dirt experience at this moment, but there is undoubtedly a huge difference between the 90/10 tires that most Adventure bikes are fitted with from the factory, versus Heidenau or Metzeler Karoo tires. While at this moment I have also not spooned on a tire (this will be happening very soon, stay tuned…) but spooning on knobbies every time I want to go ride in the dirt is no fun. Heidenau seems like a very legitimate 60/40 solution for more adventure bikes, but then it’s the same argument as before; is it worth the premium?

Undoubtedly, the new Tiger 800 is at the top of wish list. The new ride features, reviews, creature comforts (Cruise control!), and triple cylinder engine make it tough to beat in my mind. That said, it comes in two trims, one for street, one for dirt; with about $1,000 separating the two, moreover I’m not going to shell out the loot to buy additional off-road accessories if I stick the tarmac. Removing the premium for a dirt worthy machine also opens up additional models to choose from for the price of a legitimate dual sport. 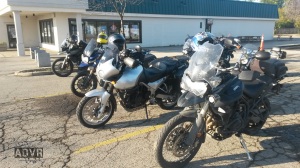 Tigers and tigers… oh my…

Certainly I’m not the first guy with this problem; have you had a hard time deciding between two similar bikes? What was the deciding factor in your choice? What’s the best of both worlds? Which is worse, buy accessories in the attempt to make a bike something it’s not, or spending money on stuff you don’t use?