This is my fourth year attending the Progressive International Motorcycle show and 2nd in Chicago. This year, a buddy of mine that has since moved away wanted to try to catch a show, so we met up in Indy for the trek to the windy city. Needless to say, the show in Chicago draws a bit of a larger crowd, and therefore a larger vendor base than the show in Cleveland, but in many ways, it’s kind of more of the same. The last couple years I was doing some “shopping” and comparison in the “Adventure” sector, while getting a closer look at new models like the Indian Scout and the Yamaha XSR900. My expectations this year was mostly to casually browse the various wares considering that, from my perspective, there hasn’t been a whole lot of buzz about 2017 models among most of the manufacturers. Certainly, there were exceptions, and naturally the following is mostly what caught my eye:

For whatever reason, Ducatis continue to demand my attention. I assume it has something to do with “the bike that started it all”, but it’s mostly me being star struck by unicorns. The same buddy that I joined for this trip actually had a Multistrada just a couple years back. While I really appreciated that model at the time, I’ve found it simply too expensive, and too electronic for my unsophisticated taste. Enter the Multistrada 950. Ducati has successfully cross bred the Multistrada 1200 Enduro with the Hypermotard and given birth to a Sport Touring “Adventure” bike that is much more suited for my near future interests. The new Multi-950 has the 1200 Multi Enduro’s frame, but 939 Hypermotard mill, double sided swing arm, and has lost the electronic wiz-bang-ery of the 1200 Multi, all at a price just barely more than the Hypermotard. Certainly this bike is a long way off from coming home with me, but it does fill a “simpler” niche in a fleet of bikes that are becoming more technological all the time. 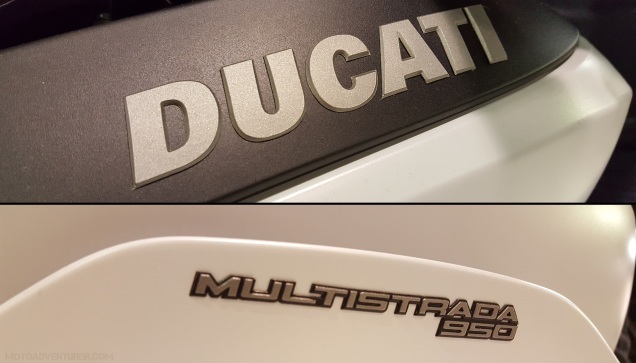 Until the release of the new Desert Sled, even the Ducati Scrambler was yet another road minded bike with a “Scrambler” title. Ducati fortunately, has decided to up the ante with this new Scrambler variation, adding 8 inches of suspension travel to a bike that is already celebrated for its light weight and sporty engine. Thus far, reviews of the Desert Sled appear to be quite positive, I’m looking forward to seeing it in a few multi-bike “Shoot-outs” later this year. Unfortunately, despite all my enthusiasm, this scrambling Desert Sled is carrying the weight of a heavy price tag (~$11,395) for an 800 cc street bike. That leaves a lot of wiggle room to compare cheaper, “true” dual sport motorcycles that are more up to the task. 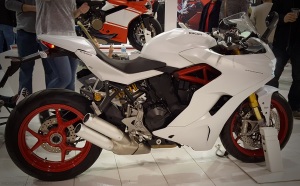 Per usual, I don’t know when I would find myself in the market for a sport bike (or roadster), I cannot help but to take notice of the new Ducati Super Sport. Ducati obviously has a reputation with the Panigale and Monster models; unfortunately I find the flagship Panigale to be way too rich for my blood, and simply cannot fall in love with the naked Monster (still miss that GT1000 Sport Classic I guess…), enter the new Supersport. At around $13k, like the Multi 950, the new Supersport is a compromise between performance, price, and modest “wiz-bang-ery” that I can appreciate.

As a certified Scrambler-phile, I had to see the new Beemer up close. Per previous comments, I’ve had a “thing” for the R NineT for quite a while; it goes without saying this new Scrambler variation is right in my wheel house, with a cheaper price tag to boot. For those that haven’t already heard, BMW made some “performance” sacrifices on the Scrambler to simplify the machine and bring the price down (i.e. conventional front forks). Throwing a leg over the saddle, the R NineT Scrambler felt a bit portly, despite the claimed 500 pound curb weight. Reviews have suggested that geometry and weight make the R NineT Scrambler a more relaxed “around town” bike vs. off-road Scrambler; my first impression would be the same, despite those beautiful Karoo 3 tires. That said, rumor has it that BMW will actually be launching the R NineT “Pure” at a sub $13k price, which would actually have me leaning that direction, in spite of the Scrambler’s utilitarian aesthetics.

Early in 2016 various news outlets, and Royal Enfield’s own website, began publishing information on the formerly British mark’s new 410 cc “Himalayan”. Even prior to Rosie’s purchase, it was evident there was a soft sport in my heart for all these utilitarian machines emerging from manufacturers. Unfortunately, to my disappointment, there was no initial intent to bring the new Himalayan to U.S. shores. I assumed that emissions standards and red tape were probably to blame, however based on the fact I was just sitting on one at the motorcycle show in Chicago, and a few comments from the sales staff, I suspect we’re on the verge of seeing a press release for U.S. importation of the Himalayan. For those that don’t know, Royal Enfield invested in a completely new 410 cc single cylinder mill. The Royal Enfield rep claims the Himalayan will tip the scales at 400 pounds ready to ride, has 8 inches of suspension travel, and is likely to be priced in the $4,700 range. If all these statements are true, I can’t wait to get my hands on one. Not sure if I would outright buy one, but there is no doubt I want to at least ride one, as I see this as the first true “Factory Scrambler” available to the average Joe. 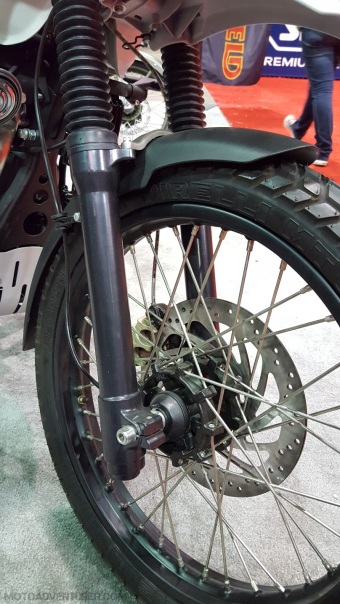 …and some other good stuff: 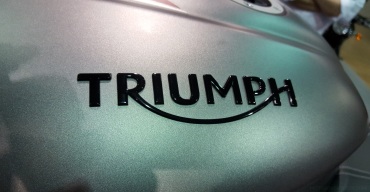 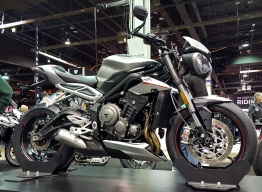 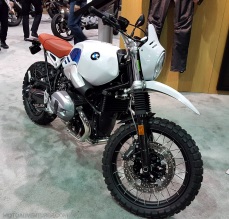 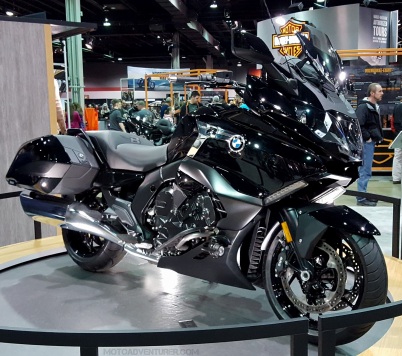 Highlights from the custom/vintage bike show: 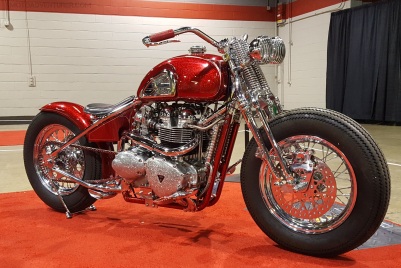