Like Ducati, I can’t help but feel like KTM runs some sort of unicorn factory. What do I mean, unicorn factory? Take the 1290 Super Adventure for instance, the 1301 cc engine makes 160 HP, while the bike weighs 505 pounds (Dry), and has almost 8 inches of suspension travel; how is that possible? The Tiger Explorer (that I’m also lusting after) has almost 100 extra pounds on the KTM, and it certainly has lower performance with its smaller displacement. I don’t know what unobtanium these Austrian machines are made of, but I can’t help but want to ride one.

Beyond the stat sheets, I know virtually nothing about KTM other than what I’ve read. While I have a close friend with a 990 Adventure, I don’t know anyone else personally with any of the street faring variants. That aside, I can’t help imagining what a gas that little RC 390 has to be in the twisties. 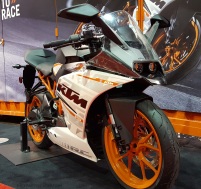 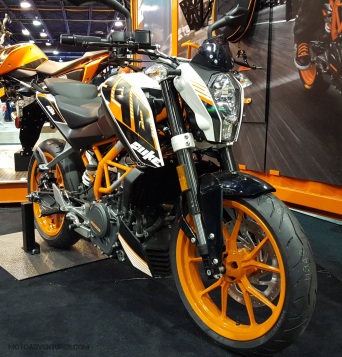 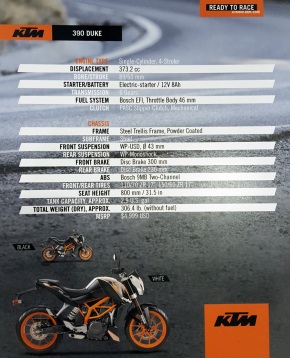 Despite all the hype about the big bore V-twins from KTM, it’s really the 690 Enduro that really catches my eye. I’ve mentioned before, would a 690 Enduro with a good seat make the ultimate adventure bike? Better performance and obviously more dirt worthy than the KLR (so I hear at least; ready to race right?), the 690 could feasibly tackle harsh off-road conditions while still humming along the freeway when needed (a little buzzy maybe?). This is all theoretical I guess, but it goes without saying, there’s a lot of “lore” surrounding these mystical KTM off-road machines (Dakar Rally results certainly don’t help the matter).

Back to the IMS Chicago